This semester, I worked with a team for a proposal for the Department of Energy Race to Zero Student Design Competition. The team comprised of one Master of Architecture student(Hieu Huynh) and 3 Master of Building Science students(Kyeongsuk Lee,Tian Chen, Lu Huang).

Our intent is to be able to reuse/adapt an existing footprint and structure of a typical house in the Los Angeles area and accommodate a growing single family while increasing the buildings performance to become net-zero.

The Zip-Up House was a radical concept of its time when Richard Rogers first conceived it in 1967. Many would know Richard Rogers for his part in the renowned Centre Pompidou in Paris, but not many know what its predecessor was and the concept that drove towards the projects success. The Zip-Up House was an experiment of how dwellings in the modern age could be easily customizable and adapt to the owners needs and surroundings. Rogers’s interest of adaptable, affordable housing has always been a part of his practice for the past three decades of practice. The notion of adaptability and energy efficiency was not only limited to the residential but could be applied to the commercial and public realm as well. In some early renderings, Richard Rogers envisioned electric plug in cars and wind-powered energy, which now can be seen everywhere in modern times. Even though it was never built, it lead to a whole new perspective and it has made its mark on his future projects. The Zip-Up House paved the way for Richard Rogers’s future projects where traces of the Zip-Up House can be seen either in ways of spatial concept, materiality, or modularity. 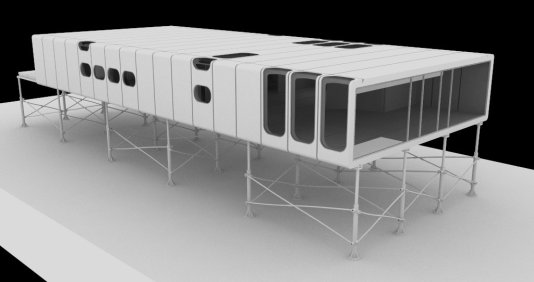 For my thesis project, I will be analyzing the weaknesses of the Zip-up House and design my interpretation of it for modern times.

For my report on this project, you can read it here: Expanding the Modular

The issue of sea level rise is an ongoing battle to adapt to the changes we face today in our coastal communities. Our vision for the North Beach Village neighborhood in Fort Lauderdale, Florida is to create a diverse & holistic community that will foster more sustainable growth and economic prosperity that includes a variety of uses in a walkable neighborhood. This was a collaborative project with group members Chase Ashley, Christian Estrada, and the advisement of Lawrence Scarpa from Brooks+Scarpa. We also collaborated with architecture students and professionals from the University of Kansas and Florida Atlantic University. 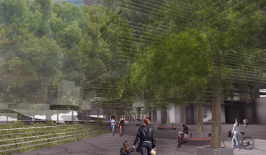 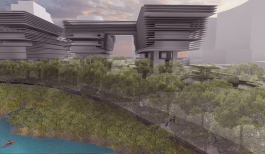 This assignment was to help us explore landscape, masterplanning, and architectural elements as an abstract design. Model is 3D printed and base is plywood CNC milled with a hexagonal script done in grasshopper. 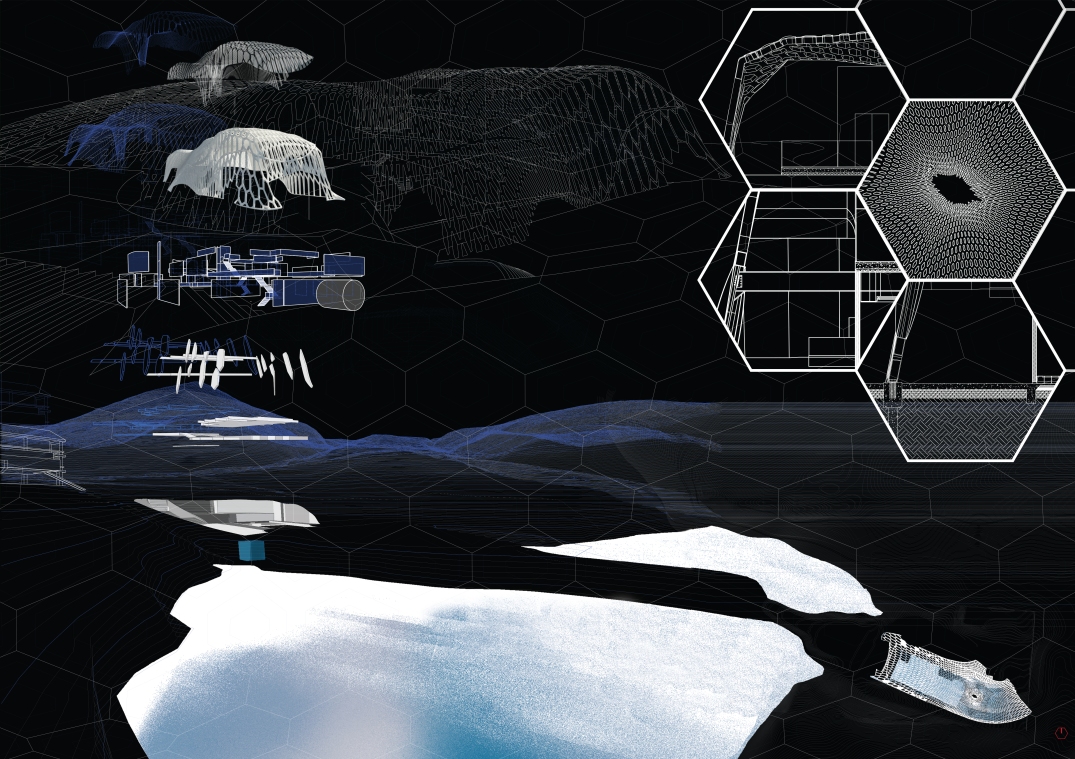 (Image does not do the line weights justice)

Studio Final Presentation. Big thanks to professors Steven Ehrlich and Takashi Yanai for a great semester.

The Nest is a combination of housing for single mothers and a nature center for the community of Blair Hills. The vision is to provide safe and convenient housing for the single mothers as well as increase the communities’ knowledge, understanding and appreciation of the natural environment through building materials, design strategies, and outdoor communal areas. The center also caters to the active users of the future “Park to Playa Trail,” which will have a designated trailhead that provides an overlook of the city to the North and the community center to the South. 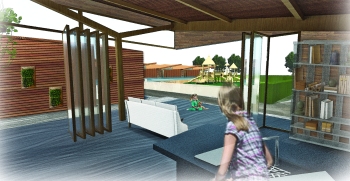 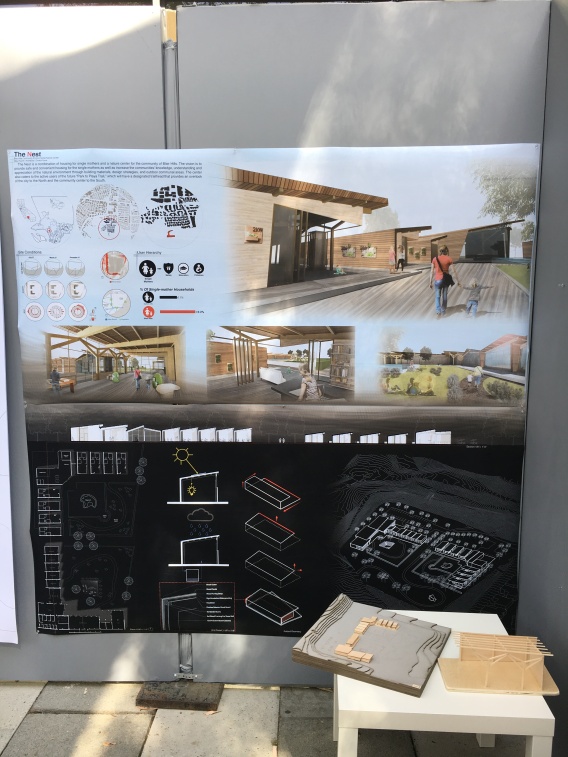 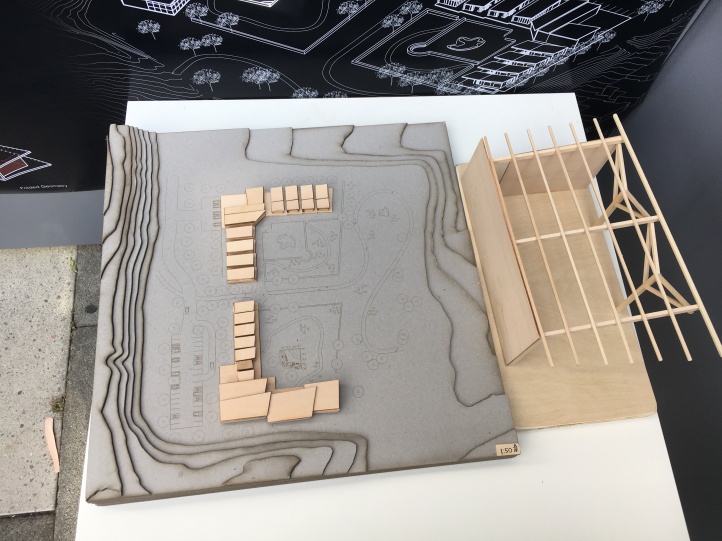 Here is the final product of our Project 1 in ARCH518 Advanced Surface Tectonics; Methods in Material Enclosure. It is a connection detail and facade techniques of the IAC Headquarters by Frank Gehry. The display was custom built by myself using the materials that is used for an architectural storefront at a glazing education center. 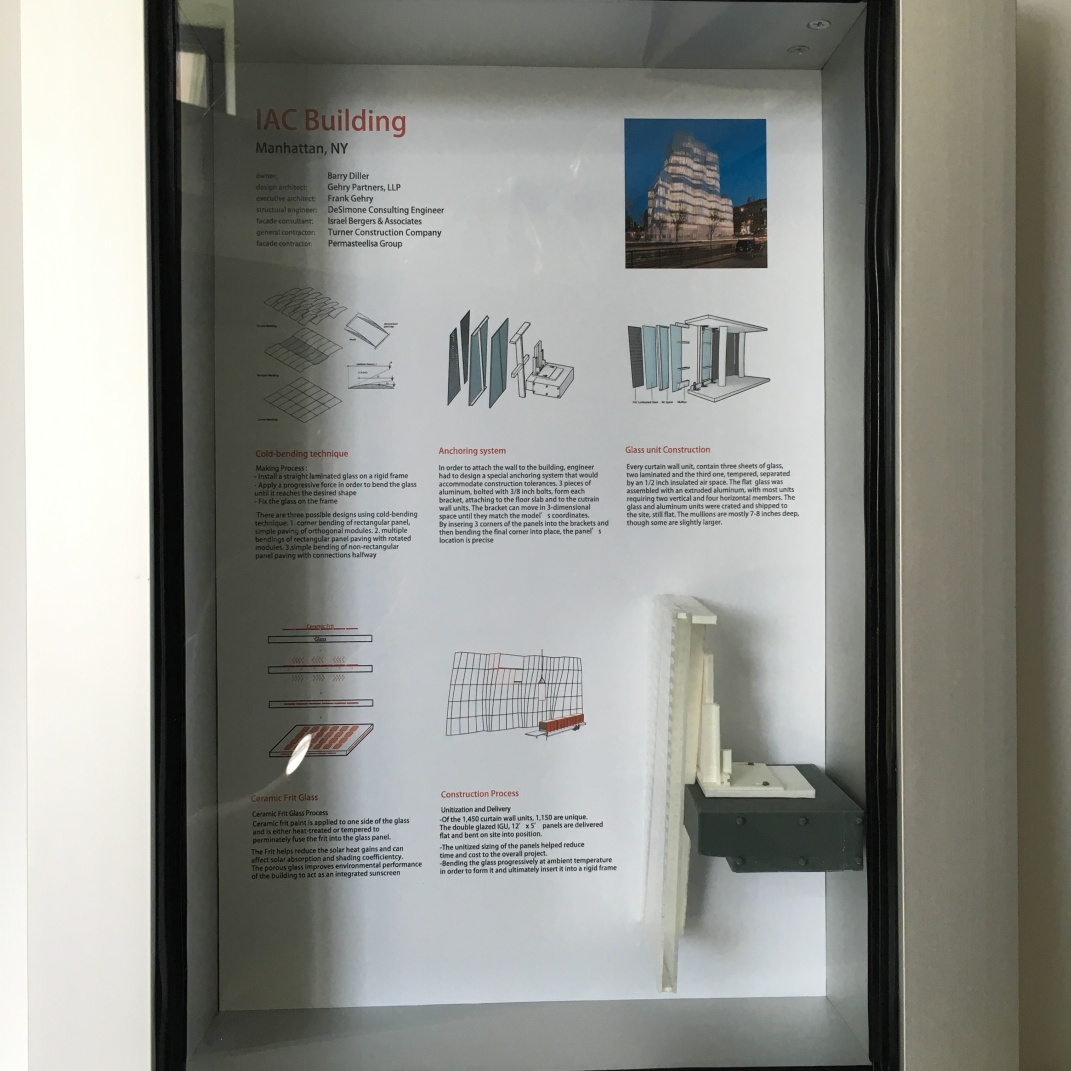 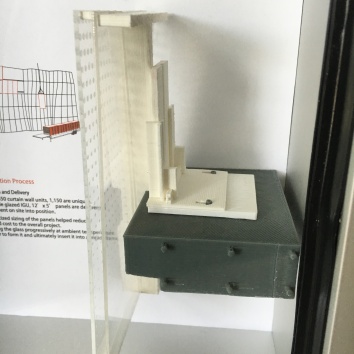 Was fortunate to be allowed to visit the Souther California Glass Management Association Local 636 today and built a sample curtain wall assembly, operate a spider crane and use the arc welder! 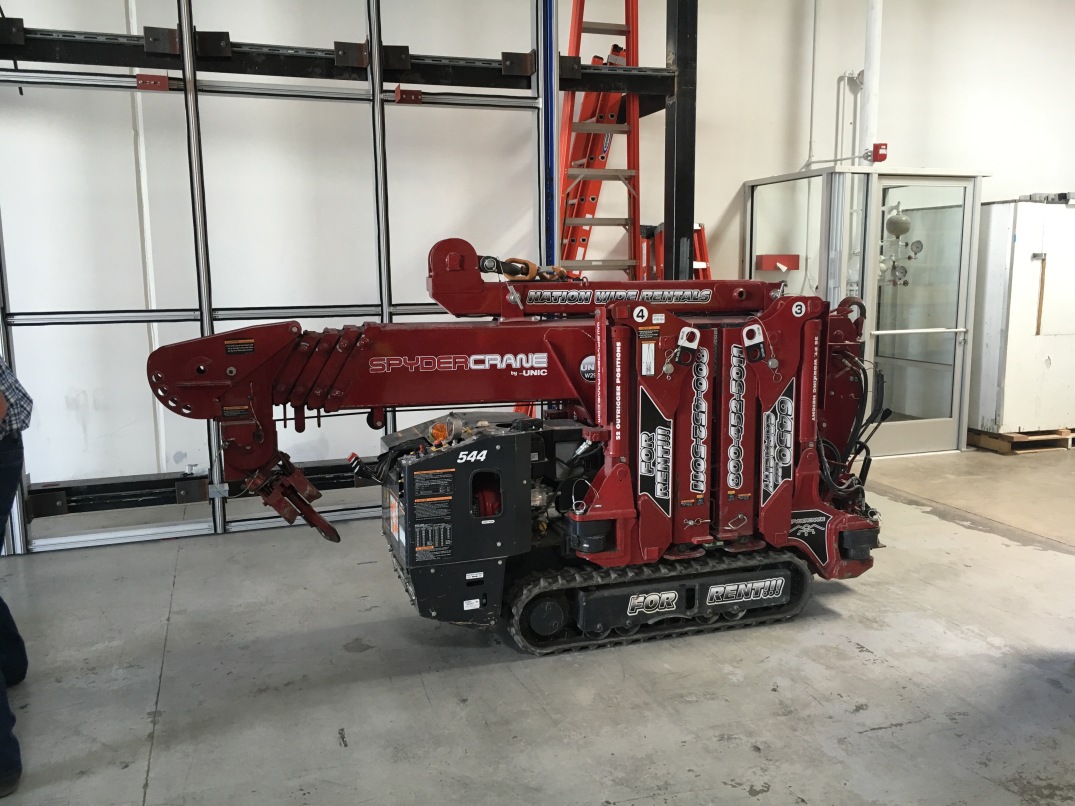 So there was no studio today and I decided to test out my new Canon EF-S 10-18mm wide lens at the LA Natural History Museum across the street from USC. I also tried a polarizer filter and now know its no that good on polarized glass. 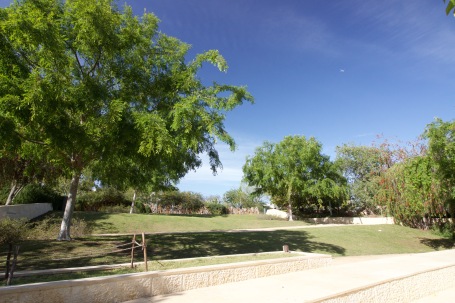 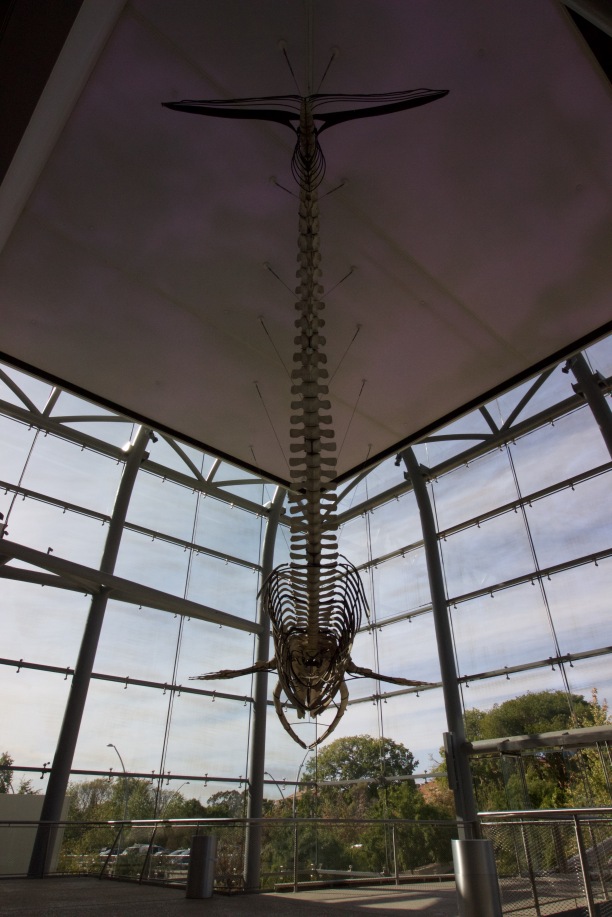 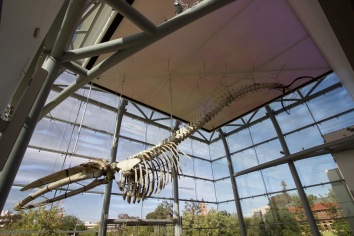 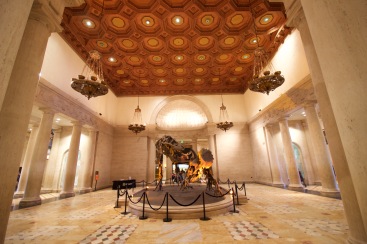 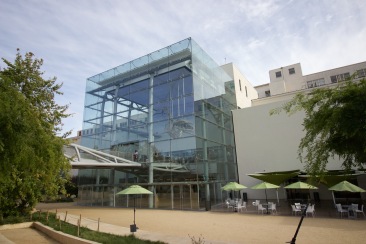 Stopped by Emerson College by Morphisis and wished that I could enter the upper atrium space but was stopped by security. 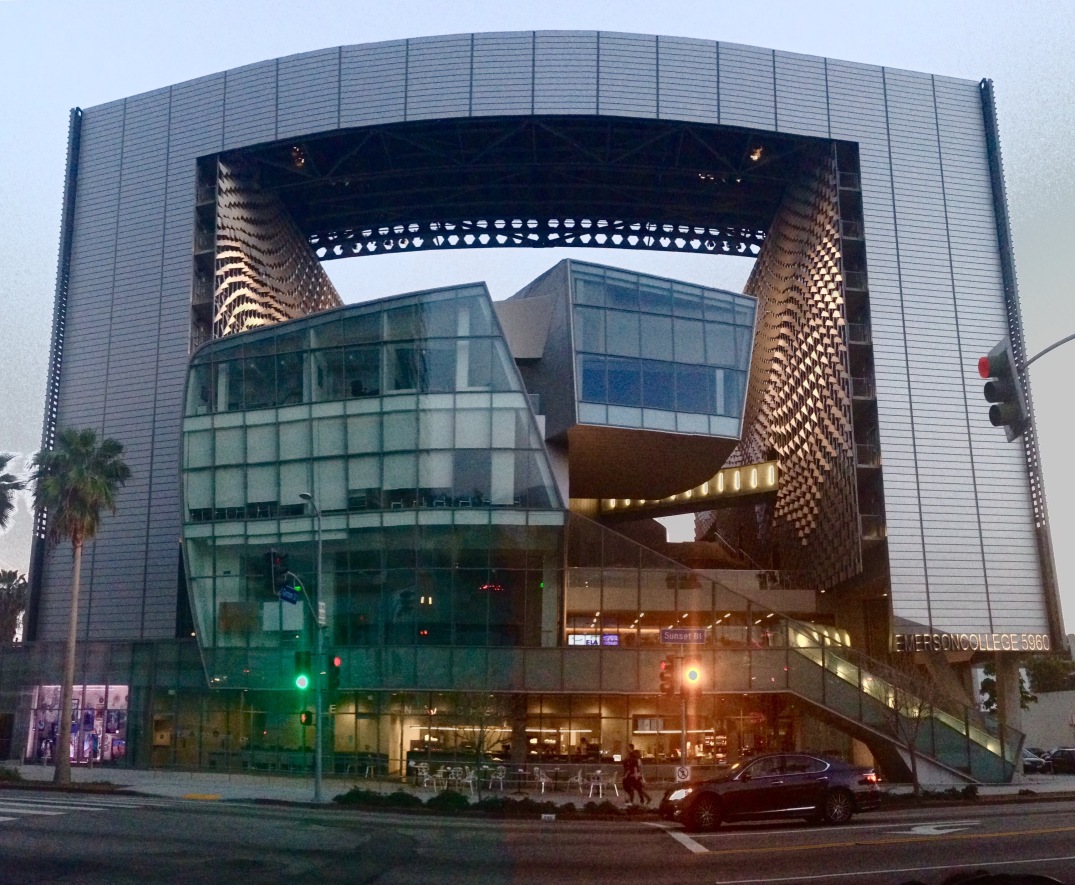 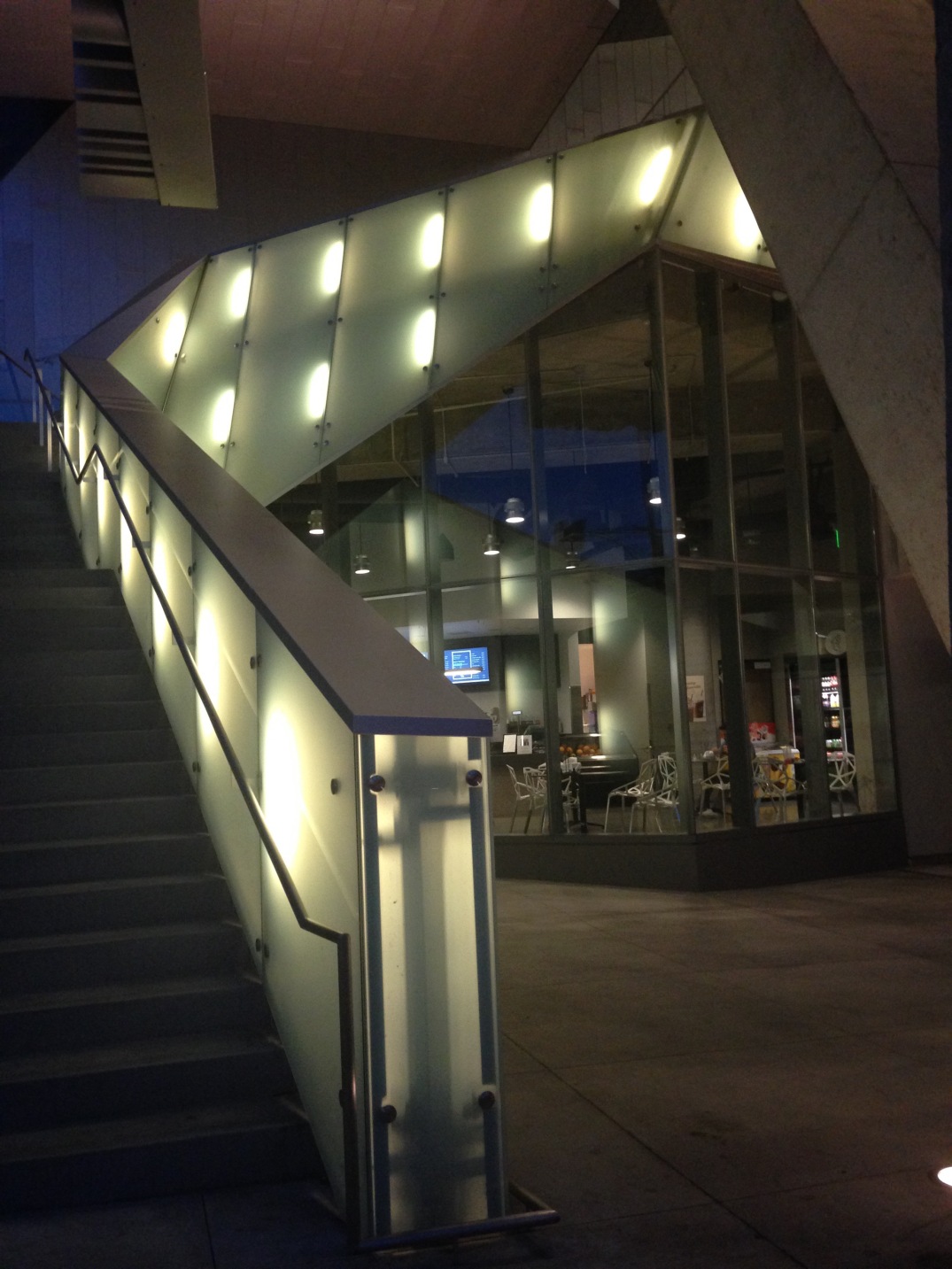 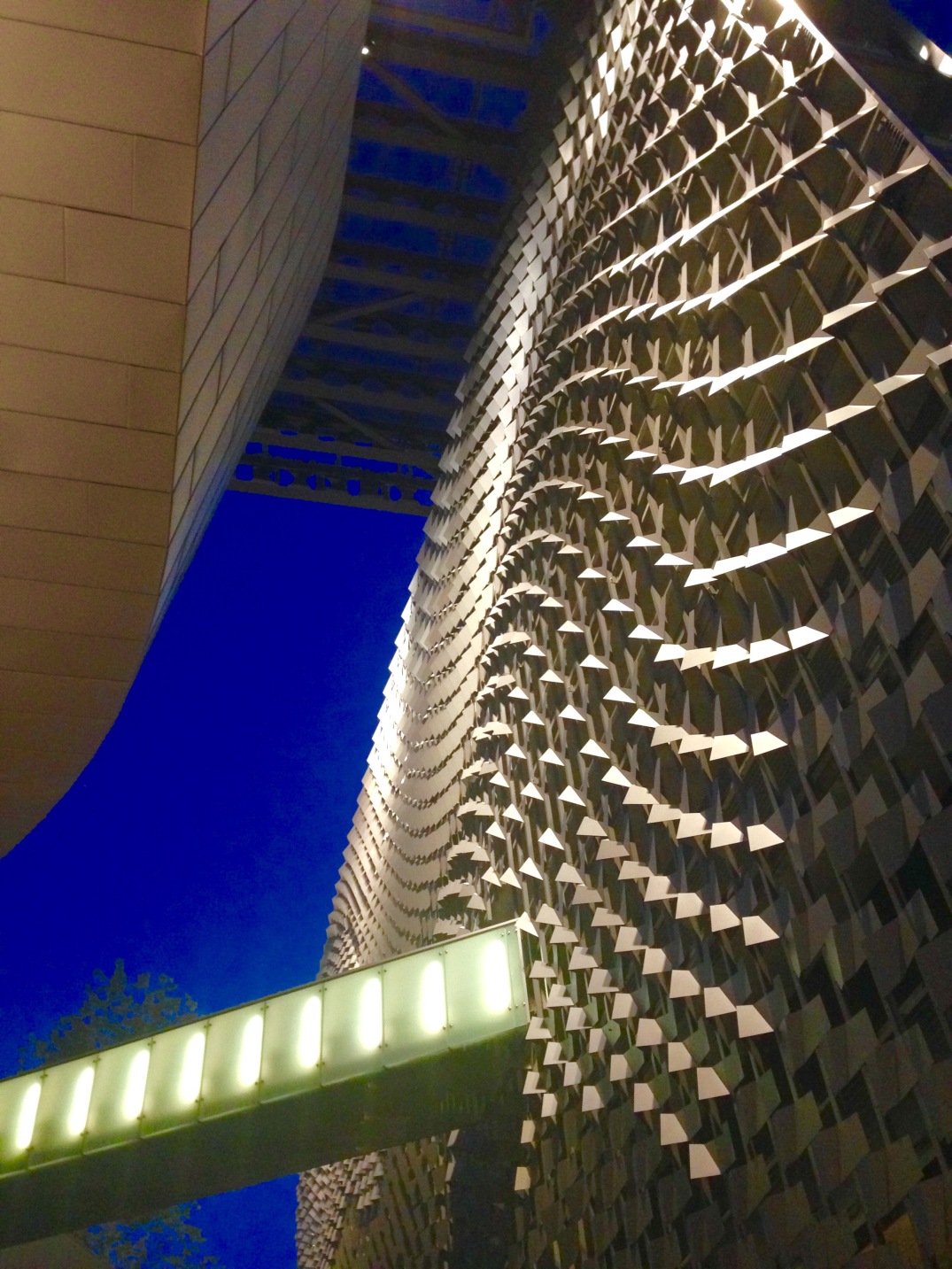